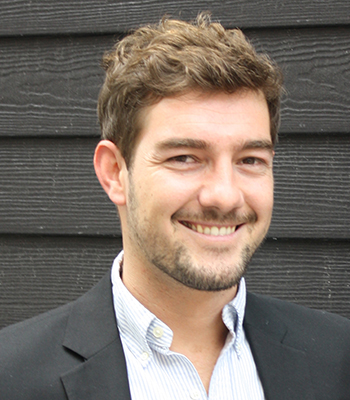 “I have always been intrigued by the brain’s complexity,” said Dr. Philippe Albouy, a Banting Postdoctoral Fellow from McGill University, “and by how little we know about it.”

Dr. Albouy received his bachelor’s degree in biology-physiology (2008), as wells as his master’s degree (2010) and a PhD (2013) in neuroscience at Université Claude Bernard Lyon I, in France.

“I decided to conduct my postdoctoral work at the Montreal Neurological Institute and Hospital of McGill University,” he said, “because it allows me to collaborate with renowned experts in my field of research at a world-leading institute for brain research and patient care.”

According to Brain Canada, 50% of Canadian families are affected by brain disorders. These disorders can include loss of senses, which can result in the inability to perform simple tasks, such as singing a song, describing a painting, or even describing an object held in the hand. Dr. Albouy’s current research, supported by a Banting. Postdoctoral Fellowship, focuses on whether the brain’s self-generated electricity plays a role in causing these problems and whether Transcranial Magnetic Stimulation (mild electrical currents sent to the brain) can be beneficial.

“After experiencing TMS,” Dr. Albouy said, “participants who had troubles with songs started to remember song notes. This could be because charging one part of the brain caused regeneration of memory in another part.”

Dr. Albouy’s work could help researchers understand a person’s particular neurological restrictions, and also lead to therapeutic tools for other brain disorders, such as learning issues.